«String» is an installation with spoken words. Strings are stretched between two wooden constructions placed opposite to each other. The number of strings being stretched add up to the power the construction (and the connection to the floor) can actually support. Although the piece looks quite stable and coherent due to its construction and order of strings it is an aggregation of power.

A loud speaker was placed under each wooden stack. One speaker played a short poem of the austrian poet Ernst Jandl (1925 – 2000) – «Spruch mit kurzem O. So!» («Sentence with a short o. So!»; free translation) – spoken by the author. The other speaker played the loose talk of the german politician Theo Waigel (former federal minister of finance), who was recorded whilst an election campaign. This sound material I found in the archive of a german tv station.

The voice recordings were played simultaneously and in a loop.
This piece was inspired by my fascination of the power of words. Ernst Jandl’s poetry is a playful examination of language and its sound and the alteration of meaning (Concrete Poetry/Dadaism). Theo Waigel is a politician on an electian campaign trying to show his more private and citizen-friendly side of himself. 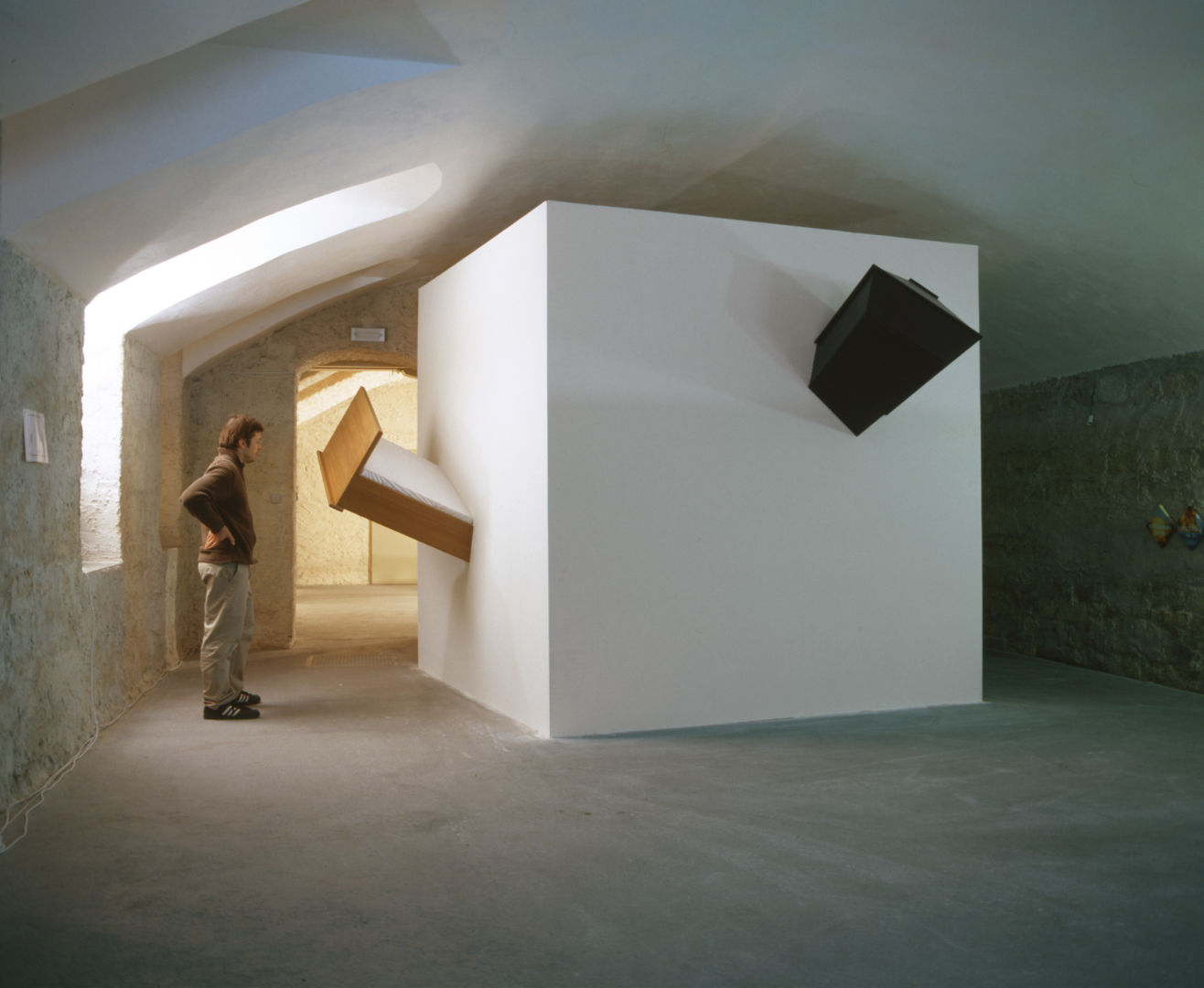