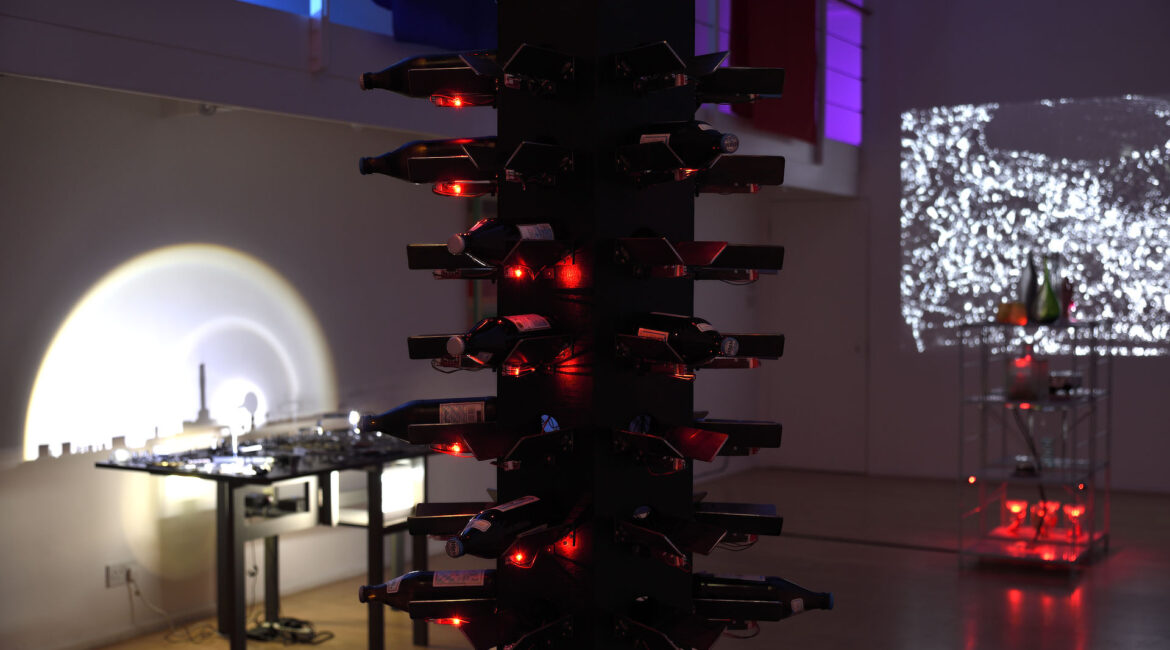 Reconstruction of a Promise 2019

«Reconstruction of a Promise» is a vending machine offering alcoholic beverages which you don’t pay for but you trigger a sound when taking out a bottle. The bottles were connected to micro switches that made it possible to allocate different sources of sound for each bottle.

For the sound pieces I cut up the Henry Rolling Band song «You Didn’t Need» (Album: «The End of Silence», 1992) into 48 pieces. To the viewer, or listener really, it was not obvious which part of the song would play – if it was at all obvious what would happen – when taking out a beer.

Finally, after all beers were taken out of the machine the song was played in full length.

The punk song «You Didn’t Need» is a lament about breaking up from the perspective of the abandoned one. Many songs in popular music are about amorous relationships and the complications they might entail. In my ears the song not only brings relief to the author but also to the listener, but now it’s delegated.

Herein lies the affirmative power of popular music or a recurrent promise of relief or a revolution that is never fulfilled but enjoyed to imagine or to revel in.
Have a drink, and another, and another…